Hope in this age of Kaliyuga 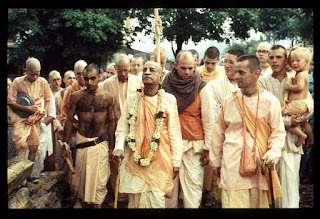 This age of  Kaliyuga is an age of quarrel and hypocrisy.People are interested only in material advancement and sense pleasures. Butthere is yet hope for all of us. We have the previous acharyas to show us thepath of enlightenment. It is very difficult to grasp what is meant in the scriptures, so we have to take the help of a spiritual master to guide us. Thereis so much that the spiritual master can give us, but we should have faith inhis nectarean words. Though this world is a miserable place to live in, LordChaitanya Mahaprabhu gave us this great benediction for conditioned souls likeus – the Mahamantra. By constantly hearing and chanting the glories of theLord, we can hope to cleanse our hearts. The form, names, activities, pastimes and glories of the Lord are so wonderful that it uplifts us just be hearing about them. But it is very important to hear from authorized sources. We shouldonly hear from great acharyas and spiritual masters who are in the disciplic succession and who are self- realized souls.

Krishna you are my everything 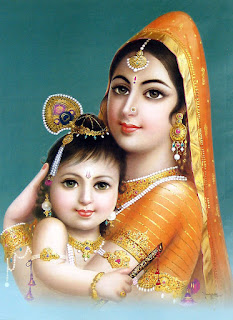 This world is full of miseries and defeat, my heart goes to you when I weep too.


There is nobody, with whom we can share a bond, like a relation I strongly feel with you since you are my producer and real parent on whose guidance.

I not only groom but moved too. The moment, I revived my connection with you.

I truly felt that thankfully,finally  I reached to you.

"Who wants to take initiation" 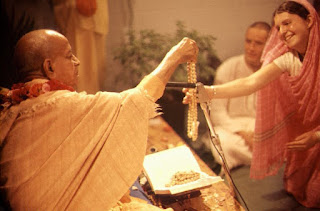 Here is a wonderful conversation between a neophyte devotee and Goloka Vrindavana Help Desk Executive.


Devotee : I want to know the meaning of Initiation. I am very fool and rascal kind of person and really like a worm who is very stupid and did not have much brain. Please guide me.
Exceutive : Aha ha. Prabhuji ji Initiation starts when you are humble and from your language it sounds that you are already getting purified. 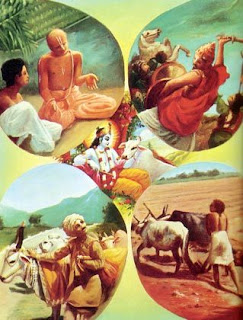 
Varnashrama is the bifurcation of the society into spiritual and social orders. The four varëas are Brahmina, kshatriya, vaisya and çüdra. The four äçramas are brahmacarya, grihasta, vänaprastha

Oops! I forgot to pay my loan's installments


Me : Sure . Please Go Ahead.
Banker : Mataji - I found your Account Details. Here are your details

0 comments Posted by Back To Godhead at 19:35
Newer Posts Older Posts Home
Subscribe to: Posts (Atom)